LOPATCONG TOWNSHIP, NJ (Warren County) – A Warren County man is facing several charges after he allegedly drove his car off the roadway and into a tree Sunday morning, seriously injuring his passenger, police said.

Jayson Vierbuchen, 26, of Phillipsburg turned himself in to Lopatcong police on Monday and was criminally charged with leaving the scene of a motor vehicle crash resulting in serious injury to a juvenile, assault by auto resulting in serious bodily injury, and hindering apprehension. He was issued traffic summons for reckless driving, failure to maintain lane, uninsured vehicle, leaving the scene of an accident, failure to wear seatbelt, open container of an alcoholic beverage and operating a motor vehicle while suspended, police said.

According to police, a White Toyota Scion was off the roadway and had struck a tree. Vierbuchen then fled the scene on foot and was later located.

A juvenile, who was a passenger in the vehicle, was airlifted to St. Luke’s Medical Center, Fountain Hill with serious injuries but did not appear to be life threatening, police said. 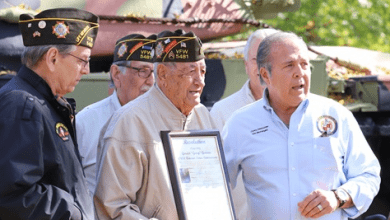