At 4:08 p.m., Aug. 14, a township officer was flagged down by a driver in reference to a vehicle he allegedly observed driving all over the road.

The officer located and stopped the vehicle after observing it swerving out of its lane several times, police said.

The driver, who was identified as Aurenzi, was determined to be allegedly intoxicated and in possession of cocaine, police said.

Aurenzi was charged and later released to a responsible adult pending a court appearance, police said. 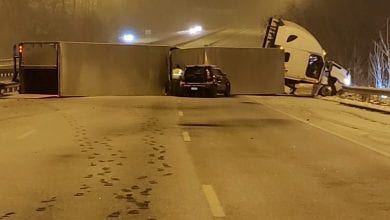