MOUNT OLIVE TOWNSHIP, NJ (Morris County) – A Warren County man is facing several charges after running away from police in Mount Olive Township while he was handcuffed Wednesday night.

On April 17, at 9:02 p.m., an officer responded to the area of Sand Shore Road for the report of a suspicious man. A caller was on the phone with the Newton Police, who in turn advised Mt. Olive Police Department, that a man located on Lenape Trail had a warrant for his arrest, police said.

The officer located the man, who was identified as Cruz, in a 2015 Acura, parked at the end of the roadway. The officer checked Cruz’s credentials and it allegedly revealed an active no bail warrant for his arrest out of Sussex County Sheriff’s Office, police said.

Cruz was handcuffed, and as the officer unlocked the patrol vehicle, Cruz took off on foot into the woods, police said.

Mount Olive police officers then set up a perimeter of the area and with the assistance of the Morris County Sheriff’s Office K9, a short time later Cruz was taken back into custody, police said.

Cruz was lodged in the Morris County Correctional Facility pending a court hearing.

NJ man charged with vehicular homicide in crash that killed 3 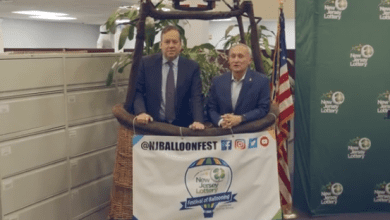