OXFORD TOWNSHIP, NJ (Warren County) – A Warren County man was charged after allegedly screaming and jumping out in front of cars in Oxford Township, police said this week.

On December 9, at around 11:23 p.m., Washington Township police responded to Valley View Estates in Oxford Township for a suspicious person screaming and jumping out in front of passing motorists, police said.

Upon officer’s arrival and subsequent investigation, a 32-year-old Oxford Township was arrested and charged with obstruction of the administration of justice, disorderly conduct and a local ordinance of maintaining a nuisance. He was released pending a court appearance, police said. 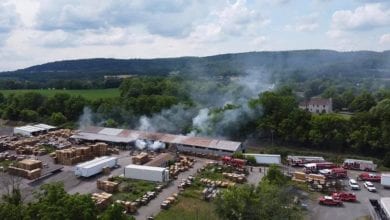