Saul Weaver III, 48, of Diane Court in Washington Township has been charged with second-degree eluding.

On Tuesday, Sept. 22 members of the Somerset County Prosecutor’s Office Organized Crime and Narcotics Task Force, along with Franklin Township Police detectives were conducting a “Quality of Life” investigation in the area of Hamilton Street in Somerset, New Jersey. During the course of this investigation Weaver was observed by police conducting a suspected narcotic transaction, Robertson said.

Detectives attempted to stop Weaver’s vehicle utilizing their emergency lights and sirens. Weaver failed to yield to authorities and continued to operate the motor vehicle by fleeing from the police in an attempt to avoid apprehension. The vehicle pursuit was terminated on Franklin Boulevard by police detectives for safety purposes, Robertson said.

Anyone with information relating to this investigation or the whereabouts of Weaver can contact the Somerset County Prosecutors Office Organized Crime and Narcotics Task Force at (908) 231-7100 or the Franklin Township Police Department at (732) 873-5533 or via the STOPit app. The STOPit app allows citizens to provide anonymous reports including videos and photos. STOPit can be downloaded to your smart phone for free at the Google Play Store or Apple App Store, access code: SOMERSETNJ. Information can also be provided through the Somerset County Crime Stoppers’ Tip Line at 1-888-577-TIPS (8477). All anonymous STOPit reports and Crime Stopper tips will be kept confidential. 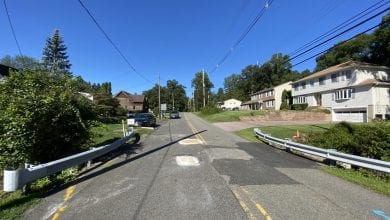