WARREN COUNTY, NJ – Warren County officials are calling on Governor Murphy’s office to revisit its COVID-19 vaccination data, saying it appears many Phillipsburg residents who received the vaccine just across the Delaware River in Pennsylvania are not being included in New Jersey’s numbers.

Health officials in Warren County have noticed a difference of 11,736 between the number of county residents the New Jersey Department of Health is reporting as having received the vaccination, and what the federal Centers for Disease Control and Prevention (CDC) has on its COVID Tracker.

Information from Pennsylvania-based healthcare providers indicates a large number of people from the Phillipsburg area, which is on the state border, have crossed the river for their COVID shots.

“Today I am calling on the Murphy Administration to immediately contact the Pennsylvania Department of Health and obtain accurate information pertaining to Phillipsburg residents who were vaccinated in Pennsylvania,” Warren County Board of County Commissioners Director James R. Kern III said. “After multiple conversations with our health officials and providers, I strongly believe that Phillipsburg’s vaccination numbers are much higher than those coming from the Governor’s daily press briefings. Phillipsburg’s close proximity to Pennsylvania has certainly led to many residents being vaccinated out of state and therefore is not being correctly recorded in New Jersey’s dashboard. It is unfair that Phillipsburg continues to be highlighted as lowest in the state when a further investigation will likely prove otherwise.”

“In addition, Warren County leads the State for vaccinations of 65 and older individuals, which the Governor fails to mention,” Warren County Administrator Alex Lazorisak said, pointing to the county’s 86.6 percent rate of vaccines for its senior population. The next-closest county is Cape May, where 83.4 percent of residents 65 and older are vaccinated, followed by Morris with an 83.3 percent vaccination rate for its senior population.

As recently as Thursday, Gov. Murphy decried low vaccine rates and singled out Phillipsburg as having the lowest rate in the state.

Phillipsburg Mayor Todd Tersigni said, “Initial distribution of the COVID-19 vaccines, which were targeted to the large, state-run vaccine sites in other counties, may be a factor as well.”

“Due to the lower vaccination distribution for Warren County, many Phillipsburg residents had to make a quick trip across the river. Our numbers are much higher than what the Governor has released from his office,” Tersigni said.

Warren County Health Officer Pete Summers said, “Based on discussions with Pennsylvania-based providers, the county Health Department believes that much of the difference can be accounted for by residents receiving vaccination in Pennsylvania. Given Phillipsburg’s close social and economic relationship with its Pennsylvania neighbors, it is likely that many residents receive their healthcare out of state.” 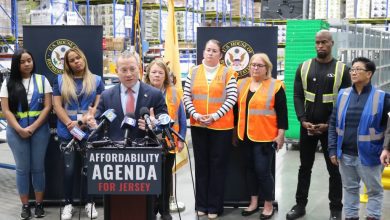 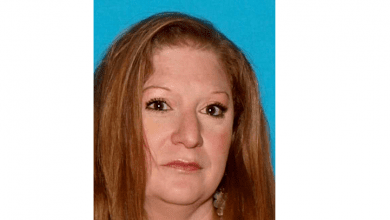