WARREN COUNTY, NJ – Warren County leaders are helping municipalities deal with the crisis in the state health benefits plan (SHBP), providing guidance so that local governments and school boards in Warren County can form their own health insurance fund modeled on the one the County set up in 2018.

“Since we left the State Plan in May of 2018, the County has saved over $2.5 million. This decision has benefited both county employees and county taxpayers,” Commissioner Director Jason J. Sarnoski said. “The County has saved about a half million dollars each year.

The double-digit rate hikes promise to be a budget-buster for municipalities and school districts, prompting the County to host a conference call for mayors earlier this week where they offered to guide local officials in creating their own self-insurance organization, the Commissioners announced at tonight’s meeting.

“As a Mayor of a small Warren County municipality who happens to be in the insurance business, I find the increase that the State is looking to pass along to us would be devastating to my township and probably every town within Warren County that is part of the State Health Benefits,” Oxford Mayor Gerald Norton said.

“I am grateful for the County Commissioners and the County Administrator for getting all of the municipalities together to find a possible viable solution to a potential financial disaster that we are facing,” Norton said. “It’s imperative that we think ‘outside of the box’ on complex issues such as this that we all face. Setting up a Health Insurance Fund, or HIF, is one of the potential solutions discussed with the county. The taxpayers of our communities that take advantage of this will be the beneficiaries of a great collaboration.”

County Commissioner Lori Ciesla said that the County will not be raising health care rates in 2023 for its employees. “That’s the difference between a well-run insurance fund and the Murphy Administration,” she said.

Warren County knows how to put together a successful insurance fund, and will facilitate for the municipalities in setting up HIF of their own, Warren County Administrator Alex Lazorisak said.

“Warren County has been ahead of this fiscal nightmare for years. Thankfully, county leaders, like Commissioner Sarnoski saw this coming and moved our government out of the state plan,” County Commissioner James R. Kern III said.

“Trenton politicians made campaign promises to public sector employees that were knowingly false and detrimental to the taxpayers of our state,” Kern said. “These proposed 20 percent rate increases will lead to vital local services being cut and important projects being delayed.”

Kern said that based on the County’s experience with its own self-insurance fund, county officials believe they can work with local mayors and “replicate a similar plan for our 22 municipalities by creating a health insurance fund in Warren County. This will lead to rate stabilization and better control for our towns. Local leaders will be empowered to implement strong risk management policies in their own communities and no longer be at the mercy of political games.”

Pointing to the 20 percent increases in state health insurance costs facing municipalities, Kern said, “As a former mayor, I can tell you that’s devastating to local budgets.”

Ciesla agreed, remarking, “One thing Jim and I know from being involved in local government, when the state gives you something for free, it’s not free.”

Years when the state artificially kept health insurance rates low for participants has resulted in a crisis where the large increase is needed to keep the fund solvent, county officials said. 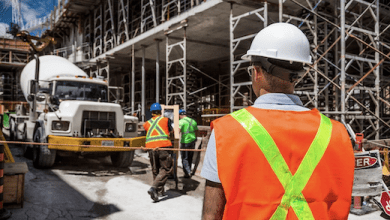