The Board of County Commissioners Wednesday tonight approved bid specifications and authorized advertising for bids to make extensive upgrades to the grand courtroom located on the second floor in the section of the courthouse that was erected in the 1820s.

“The Warren County Courthouse should be a symbol of pride. After years of neglect, this board will finally address historic Courtroom #1,” County Commission Director James Kern III said.

“With current restrictions for the judiciary, now is the perfect time to make these needed repairs,” Kern said, referring to the pandemic that has moved many court proceedings online. “I look forward to announcing some more improvements to the Belvidere court complex in the coming weeks,” Kern said.

The project in the 2,533-square-foot courtroom will include new heating and ventilation systems, an update to the electrical system and information technology enhancements, plaster repairs, new carpeting, and updated lighting, all while preserving its original historic aesthetic.

County Administrator Alex Lazorisak, who oversaw a number of renovations to the courthouse in his previous post as director of the county Department of Public Works, will oversee the work. Based on his experience with the building, Lazorisak said he expected the project would cost about $1 million.

In the past few years, the Courthouse has received a new roof, had all of its windows replaced, and all exterior trim was repainted.

At the first meetings of the newly formed Board of Chosen Freeholders in 1825 after Warren County separated from neighboring Sussex, county officials discussed building a courthouse and chose the Belvidere location. Renovations occurred in the mid-1800s, and the structure was enlarged significantly about 60 years ago.

The Freeholder Board, as the county governing body was known until this year, has been budgeting money annually since 2017, putting funds in reserve so that the Courtroom #1 renovations can be done continuing the county’s “pay-as-you-go” philosophy.

“This project has been a dream since before I became a freeholder,” County Commissioner Jason Sarnoski said. “I’m glad that I’m able to make the dream a reality. Many years of planning and fiscal responsibility has lead us to this point,” he said. County Commissioner Lori Ciesla, who was sworn in to her first term in the Jan. 2 reorganization meeting held in the historic courtroom, noted that “Courtroom 1 is a beautiful architectural masterpiece that allows you to step back in time when you enter. However, we must upgrade the courtroom to meet the demands of the 21st Century.”

“I am pleased we will be able to do so, while also keeping its historical character intact. This resolution is the beginning of the entire renovation process, and I am glad we are jumping on this right away in the new year,” Ciesla said.

The County is also working with the courts, overseen by Hon. Thomas C. Miller, Superior Court Assignment Judge for Vicinage 13, to accomplish the project. 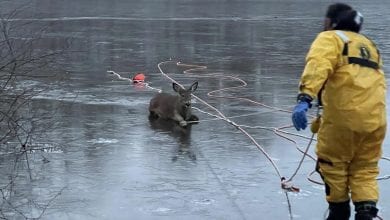