LAKE HOPATCONG, NJ – On this day in 2015, Chris D’Amico, Sr. of Mount Arlington lost his 10-year-old son, Christopher, when the boy fell off the front of a pontoon boat on Lake Hopatcong and was hit by the propellers.

“It was a beautiful June day just like today. That day, there was not a cloud in the sky and in an instant, my family’s life was changed forever,” said D’Amico as New Jersey, Morris County and local officials gathered at Lake Hopatcong to urge people to be cautious swimming and boating this summer season.

Two Kenvil brothers drowned last week in a Mine Hill lake, bringing to 14 the number of confirmed drownings in New Jersey even before the start of summer this past Tuesday.

“About half of those victims were under 25 years old. Saddest yet is that many of the deaths were preventable. Some did not know the waters or hazards where they had waded in, and others could not swim. Most were just having fun, and not paying attention. That also is the overwhelming cause of boating accidents,” said Morris County Commissioner Director Tayfun Selen.

The officials were gathered at Lee’s County Park Marina overlooking Lake Hopatcong in Mt. Arlington, where Mayor Michael Stanzilis convened the press conference. He noted that 10-year-old Christopher D’Amico was one of two children killed in the past several years after falling off the front of pontoon boats.

“It’s called the tunnel of death. They fall off, the boat goes over them and there is no way to escape,” Stanzilis explained.

“Christopher’s Law,” sponsored by state Sen. Anthony Bucco and signed into law in 2016, requires people who rent the pontoon or “party boats” to undergo a safety tutorial before being permitted to use the vessel.  Authorities yesterday said knowing some very simple safety precautions on boating and swimming can make the difference between life and death.

“I just would ask family members … talk to your kids. Scare your kids. Scare them. Don’t even think about being polite. Sit them down and say, “See what happened here? I don’t want this funeral in my house. I don’t want to have to bury a pair of brothers.’ And it’s my hope we can get through to the younger people on just understanding the risks,” said Mine Hill Mayor Sam Morris.

He talked about the June 14 drownings of 17-year-old Arnulfo Del Cid and his 22-year-old brother Jesús at Sunset Lake. Mayor Morris explained that neither of the young men could swim, and they had waded into a lake unaware that it was 22-feet deep just yards from the shore.

“I stand here surrounded by people who are dedicated to keeping our lakes and water resources safe for the enjoyment of everyone who come to places like Lake Hopatcong to spend their summer days,” said Morris County Sheriff James Gannon.

“We work cooperatively to insure a safe environment on and around Lake Hopatcong, and to be there when people need help. But we are not a replacement for common sense, and that is what water safety is all about. It’s about common sense,” Gannon said..

Lung cancer is the leading cause of cancer deaths in NJ, yet survey reveals that most Americans are not concerned about getting the disease

3 charged for trespassing on elementary school property in Mansfield Twp. 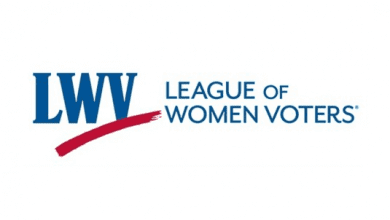