The occasion included a special key ceremony for Haskell and his family at the local dealership on Route 46 in Washington Township, Morris County. This effort is part of the Military Warriors Support Foundation’s Transportation4Heroes program, which awards payment-free vehicles and provides one-year of family and financial mentorship to combat-wounded veterans and Gold Star families to help ease the transition from the military to civilian life.

“On behalf of the Military Warriors Support Foundation, I would like to thank Wells Fargo and Honda of Hackettstown for their incredible partnership. We are thrilled to still be able to come together, during these trying times, to honor retired U.S. Navy Hospital Corpsman Second Class Clint Haskell and award him and his family with a new payment-free 2019 Honda Pilot,” shared retired U.S. Army Command Sergeant Major David Dougherty, Director of Skills4Life, Military Warriors Support Foundation. “With this new vehicle, we hope it can serve as a source of peace and help pave the way for a new solid foundation, so his family can start the next chapter of their lives.”

Haskell grew up in Maine and enlisted in the U.S. Navy in 2007 to follow in his family’s footsteps to serve his country. He attended Navy Corps at Great Lakes, Illinois and Field Medical School at Camp Johnson, North Carolina for training, and was assigned to the 2nd Light Armored Reconnaissance Battalion. In 2009, he was deployed to Afghanistan, where he received the Combat Action Ribbon for engagements with an enemy force. After returning from deployment, he was reassigned as a Plank Owner and Instructor at Basic Medical Technician Corpsman Program in Fort Sam Houston, Texas.

In 2014, Haskell was reassigned once more to the Naval Branch Health Clinic Groton until he medically retired from the Navy in late 2015. Throughout his military career, he received many awards for his service and sacrifice including a Navy Commendation Medal, Afghanistan Campaign Medal with Campaign Star, Global War on Terrorism Service Medal and more. Today, he lives in Sparta Township, New Jersey with his family and works as a civilian for the United States Army. 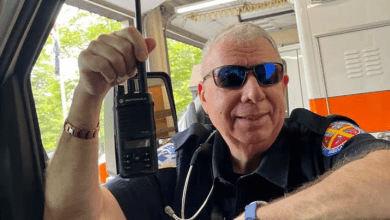 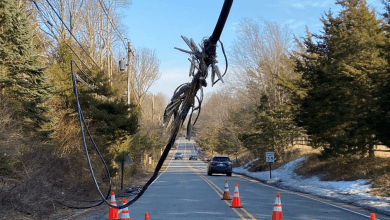