On November 26, 2020, a 14-year-old girl was reported missing by her family from her residence located in Franklin Township and was then located in Pennsylvania on the same date, authorities said.

Through the course of the investigation, it was determined that she had been communicating with Chad C. Corbin, Jr. of Keyser, WV on various social media applications. Corbin had engaged her in sexually explicit communications and promised her a relationship, prosecutor’s office said.

After months of communication, on November 25, 2020, Corbin traveled from West Virginia to New Jersey to take custody of the girl. He then transported her across state lines into Maryland to engage her in various sexual acts, authorities said.

It was determined Corbin initially planned on bringing the victim to West Virginia, but after learning law enforcement had been searching for her, she was left abandoned in Pennsylvania, prosecutor’s office said.

Mosquito spraying set for tonight in Montville and Lincoln Park 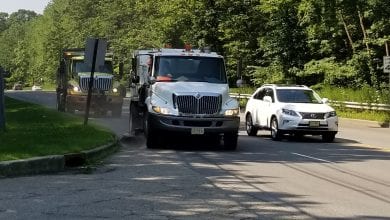