NETCONG, NJ (Morris County) – One lucky ticket matched all six numbers drawn for the Monday, April 29 Pick-6 drawing winning the $4 million annuity jackpot. The cash value of the ticket is more than $2.892 million.

The winning ticket was sold at Netcong Valero, located at 10 Route 46 E, in Netcong. The lucky retailer will receive a bonus of $10,000 for selling that winning ticket.

Acting Executive Director James Carey said, “I look forward to meeting the winner of this significant jackpot prize and learning how it may impact their life.”

In addition to the jackpot winner, Carey reported that for correctly matching five out of the six white balls drawn, 12 ticketholders won $2,146 each. One of those prizes was multiplied to $8,584 with the addition of XTRA. In addition, thousands of other prizewinning tickets were sold.

The jackpot for the Pick-6 game has reset to $2 million. The next drawing will be held Thursday, May 2. 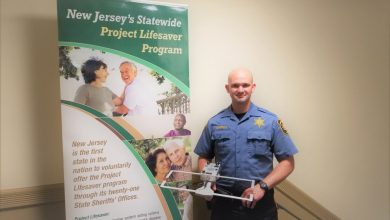