Attorney General Gurbir S. Grewal has continued a quest to undermine the safety of New Jerseyans yesterday by updating his directive to strictly prohibit 287(g) agreements, which allows designated state and local officers to work with ICE to identify incarcerated illegal immigrants with criminal charges or convictions, Wirths said.

“The AG’s argument that his directive somehow makes us safer holds no water. He made the announcement banning cooperation with ICE officials after an illegal immigrant, who was arrested for aggravated sexual assault involving a child between 13 and 15 years old, was released back on the streets,” said Wirths (R-Sussex). “It’s disgusting and makes me sick to my stomach.”

Luciano Trejo-Dominguez, of Mexico, was arrested for alleged sexual assault of a minor and although Immigration officials issued a detainer request that he be held at the Cumberland County Jail after his arrest, he was released August 23, Wirths said.

The agreements allow ICE to take gang members, sex offenders, and murderers into custody after they serve their criminal sentences. According to ICE, the program allows them to actively engage criminal illegal immigrants while incarcerated in a secure and controlled environment as opposed to the alternative of conducting at-large arrests which can pose safety concerns for the officers and community, Wirths said.

“The AG is walking contradiction. He is supposed to protect the citizens of New Jersey and says that our law enforcement can only focus on state laws while he spends his time suing the federal government,” said Wirths (R-Sussex).

Attorney General Grewel argued that most offenders who have been turned over to ICE in New Jersey pursuant to a 287(g) agreement could have been referred to ICE under the terms of the directive. However, the directive bars law enforcement from continuing the detention of an individual past the time he or she would otherwise be eligible for release from custody based solely on a civil immigration detainer request, Wirths said.

“His reasoning to eliminate the agreements does not make any sense. Why not let them stand if they are achieving the same end result?” asked Wirths.

ICE lodged a detainer with the Hudson County Jail after the arrest of Jorge Alberto Rios-Doblado, the twice-deported Honduran man accused of raping and killing a nanny in Jersey City. An Ice spokesman said, “ICE will seek taking custody of Rios-Doblado at the conclusion of his criminal proceedings, despite limited cooperation in the state.”

More recently, ICE lodged a detainer with the Middlesex County Jail after Edgar Camarillo-Ruiz, a Mexican national, was arrested on charges of domestic violence on August 18. The detainer was not honored and he was released into the community, Wirths said.

“Not only have they broken the law by entering the country illegally, we let them break the law in New Jersey again and turn a blind eye. The AG refuses to use the word sanctuary, but there’s no other word for it,” said Wirths. “This endangers every person in this state.”

All NJ Motor Vehicle Commission facilities will be closed Monday, Dec. 26th for the state holiday 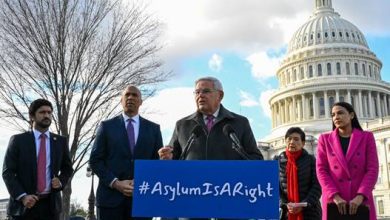 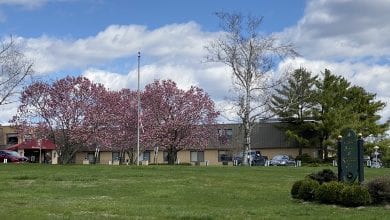