BYRAM TOWNSHIP, NJ (Sussex County) – A woman is accused of having a fake temporary license plate on her car and possessing a fake registration card. 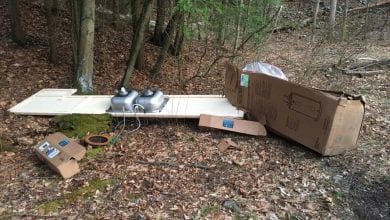