According to Goez, at around 8:20 p.m., troopers were dispatched to the report of a white Hyundai Elantra with a Pennsylvania license plate driving erratically eastbound on Interstate 80. Troopers located and stopped the vehicle at milepost 38.4 in Denville Township.

During the stop, the driver fled. Troopers using their lights and sirens, pursued the vehicle to milepost 41.7 where the driver voluntarily stopped, Goez said.

The driver, who was identified as Danielle Trotman, 22, of East Stroudsburg, PA, was arrested and charged with eluding. She also issued several traffic summons and released pending a court appearance. 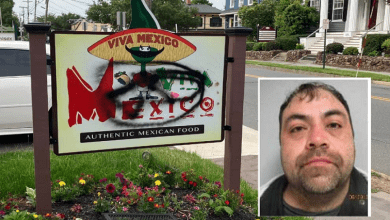 Sussex County seeks nominees for Senior of the Year