On June 21, township police responded to a report of a motor vehicle crash at the intersection of Route 206 and Whitehall Hill Road, police said.

When officers arrived, police spoke to the driver, Michelle A. Oves of Budd Lake, who allegedly caused the crash and felt that Oves may be intoxicated, police said.

Oves was subsequently transported to Newton Medical Center to have blood drawn as per an issued search warrant. She was charged with driving while intoxicated, improper passing and reckless driving. She was released pending a court appearance. 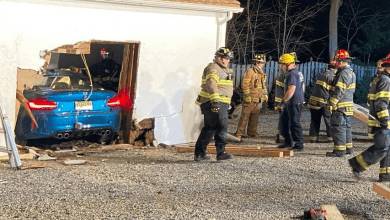