HACKETTSTOWN, NJ (Warren County) – A Mansfield Township woman is facing several charges after she allegedly stabbed a person during an argument over beer.

Nicole Russell, 46, was charged with aggravated assault, possession on weapon for unlawful purpose, unlawful possession of weapon, and disorderly conduct.

On Jan. 4 at around 6:30 p.m., town police responded to an apartment on the 200 block of Main St for a report of a medical assist, police said.

Through a police investigation it was determined that Russell allegedly confronted the victim about having beer inside the residence, police said.

During the confrontation, Russell stabbed the victim in the left shoulder with a small pocket knife. The victim was transported to Morristown Medical Center, police said.

Russell was lodged in the Warren County Correctional Facility.

Assisting at the scene was the Independence Township Police Department. 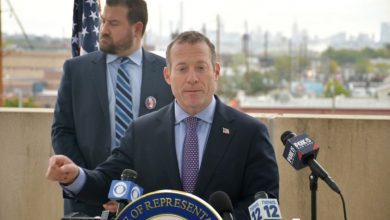