SPARTA TOWNSHIP, NJ (Sussex County) – A Sussex County woman was arrested after police said she was drunk driving at the time of a rollover crash in Sparta Township.

The crash happeend on Monday at around 11:30 a.m. in the area of Stanhope Road and Hilltop Trail, police said.

When a township officer arrived on scene, the officer observed a black Honda CR-V on its’ side and the female driver was trapped in the vehicle, police said.

While assessing the driver, who was identified as Margaret Sweeny, 36, of Sparta, it was determined that she had been allegedly consuming alcoholic beverages in her vehicle prior to the crash, police said.

The Sparta Fire Department used the Jaws of Life to extricate Sweeny from the vehicle, police said.

Sweeny was flown to Morristown Medical center due to the severity of the crash and possible head or internal injuries, police said.

A witness on scene stated that he looked in his rear view mirror and observed the CR-V veer into the opposite lane of travel and back again before going off of the roadway, police said.

Sweeny was treated and released from the hospital and then served with her charges the following day. She was released pending a mandatory court appearance. 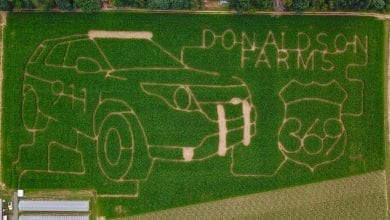