On June 2, at 5:10 p.m., Mount Olive police responded to the CVS on Route 46 for a report of a woman who was attempting to pass a fraudulent prescription to obtain a controlled dangerous substance, police said.

Prior to police arrival, the CVS pharmacist confirmed the prescription was fraudulent, and observed a secondary person in the parking lot. Upon arrival, an officer went inside the store and came in contact with the suspect, who was identified as Rios. She was arrested without incident and transported to police headquarters, police said.

Two other officers observed the second person in a black Mercedes in the parking lot and prior to that person leaving the scene, officers were able to observe the license plate and physical description of the driver, police said.

Upon completion of the investigation, Rios was charged and released pending a court appearance, police said.

Charges are pending for the driver, police said. 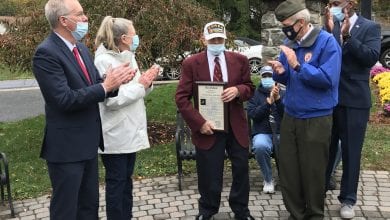