MOUNT OLIVE TOWNSHIP, NJ (Morris County) – A Sussex County woman is facing charges including DWI after she was allegedly found slumped over her steering wheel in Mount Olive Township.

Shannon H. Foley, 28, of Newton was charged with DWI, reckless driving, and under the influence of controlled dangerous substance.

At 8:40 a.m., Aug. 14, Mount Olive police responded to McDonald’s parking lot, located at 30 International Drive South in Flanders, for a report of a female sleeping in a vehicle, police said.

When the officer arrived, the officer observed a 2007 Honda parked in two parking spots in front of the store, the driver door open, and a female slumped in the seat. The officer made contact with the driver, who was identify as Foley, and was able to wake her, police said.

As the officer spoke with the driver, the officer noted that she appeared to be impaired. She was asked to exit her vehicle for field sobriety testing, police said.

Foley was subsequently arrested and transported to police headquarters, where she submitted to chemical breath testing and an examination by a Drug Recognition Expert.

Foley was charged and then released to a sober driver pending a court appearance. 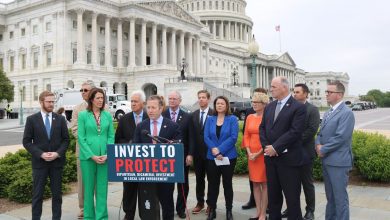