MANSFIELD TOWNSHIP, NJ (Warren County) – A Pennsylvania woman is being sought after she allegedly led Mansfield Township police on a pursuit last month, according to the Warren County Prosecutor’s office.

On August 4, at 9:53 p.m., police were dispatched to the Walmart parking lot on the report of a U-Haul truck driving in an erratic manner and screaming and yelling coming from inside the vehicle. An officer located the vehicle parked in the lot, occupied by a female driver and a male passenger, authorities said.

The officer pulled up to the vehicle and activated his emergency lights and spotlight. The female driver looked at the officer and, before he could exit his patrol vehicle, she put the truck in gear and fled at a high rate of speed, prosecutor’s office said.

The officer pursued the vehicle into Hackettstown and terminated the pursuit when it reached Mountain Avenue due to the danger the driver of the U-Haul was presenting to the public, authorities said.

Then at around 1:09 a.m., the U-Haul truck was found abandoned on West Prospect Street in Hackettstown and was impounded. Through a police investigation, the driver was identified as Alyssa M. Dilemme, 29, of Slatington and the passenger was identified as Jon S. Snyder, 21, of Palmerton, PA, prosecutor’s office said.

A warrant remains in effect for the arrest of Dilemme and a summons complaint was mailed to Snyder’s last known address, authorities said. 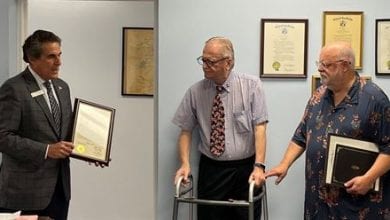 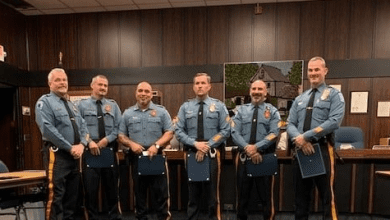