BRIDGEWATER TOWNSHIP, NJ (Somerset County) – A 17-year-old was hit by, and pinned underneath a car Monday night at the Bridgewater Commons Malls, police said.

On May 30, at 8:56 p.m., officers responded to a pedestrian struck by a vehicle at the Bridgewater Commons Mall on the third level of the parking deck, police said.

On scene, officers located a 2009 Volkswagen Jetta with a pedestrian, later identified as a 17-year-old from Watchung Borough, pinned underneath. Local fire companies then lifted the vehicle off of the victim, police said.

The juvenile was alert and oriented after the crash. He was then airlifted to Robert Wood Johnson Medical Center in New Brunswick to be treated for his injuries, police said.

The crash is still under investigation by the Bridgewater Police Department’s Traffic Safety Bureau. 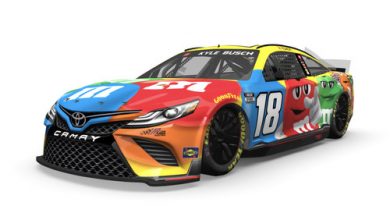 Mars celebrates an historic 3 decades of racing, inviting fans and Mars associates to be featured on Kyle Busch’s No.18 M&M’S Toyota