SUSSEX COUNTY, NJ -Authorities have exhumed the body of a Sussex County woman whose death remains a mystery more than 30 years after her body was found in the Delaware Water Gap National Park.

The Sussex County Prosecutor’s Office announced that on Wednesday, March 9 with the assistance of the New Jersey State Police and the Vernon Township Police Department, exhumed the remains of Lisa McBride from Restland Memorial Park in East Hanover Township.

Then on March 10, detectives delivered that evidence to a forensic laboratory in Lorton, Virginia. Lisa McBride was reinterned at Restland Memorial Park shortly after the examination. The exhumation and reinternment process complied with a previously obtained court order.

According to the prosecutor’s office, on Friday, June 22, 1990, McBride completed work at Lakeland Bank in Newfoundland, New Jersey. That evening, she made arrangements to attend a concert in New York City with friends. Following the concert, the four friends traveled from New York City to Big John’s Pub, which is located on Old Route 23, in Newfoundland.

They arrived at around 12:30 a.m. and while at the pub, witnesses reported that Lisa consumed three bottles of beer, talked to several people, and reportedly gave three old friends her telephone number. Prior to leaving at 1:15 a.m., Lisa had commented that she had to depart since she had to work the following morning.

McBride arrived at her Highland Lakes home at around 1:55 a.m., on Saturday, June 23. Neighbors observed her entering her driveway, exiting the vehicle, and walking into her residence. The neighbors stated they observed Ms. McBride enter her home at around 2:00 a.m. and that was the last reported sighting of the victim.

On June 23, 1990, at around 7:30 a.m., one of Lisa’s coworkers at Lakeland Bank attempted to call McBride. The coworker called several times but received no answer. The coworker became concerned and notified the her brother, Douglas McBride.

Mr. McBride got dressed and drove to her home at around 10:00 a.m. He noticed that her car was in the driveway and assumed that she had merely obtained a ride from someone. He walked up to the porch, and used a spare key, which she kept under the steps, to enter the residence.

As he entered, Mr. McBride called her name, but received no response. He observed that the light on the bedroom dresser was on and that there were no sheets or blankets on the bed. He also noticed that the living room couch was pulled away from the wall approximately six inches. In addition, the kitchen light, which was near the refrigerator, was also on. Mr. McBride looked throughout the house and failed to locate his sister.

Vernon Police Department was notified and responded. A subsequent check of the residence revealed the telephone wire had been cut from outside the home. Also, a window screen was observed to have two slits enabling someone to reach in and gain access into the house. An intensive joint investigation, involving local, state and federal authorities, was initiated.

On Saturday, October 20, 1990, at around 9:30 a.m., a hunter in the Delaware Water Gap National Park located the skeletal remains of a female. The remains were located in a wooded area off Old Mine Road, Sandyston Township, Sussex County.

Once the remains were removed, an autopsy was performed. A dental examination was performed and the victim was subsequently identified as Lisa Marie McBride.

On November 7, 1990, the remains of Lisa McBride had been transported to the New Jersey State Medical Examiner’s Office in Newark for further examination and anthropological studies, in an effort to estimate the time of death as well as cause of death. When found, her body was almost completely skeletonized and her left cheekbone was fractured from what was believed to be blunt force trauma.

Anyone with information relevant to this case is asked to contact Lt. Nicholas Elmo at the Sussex County Prosecutor’s Office at 973-383-1570. 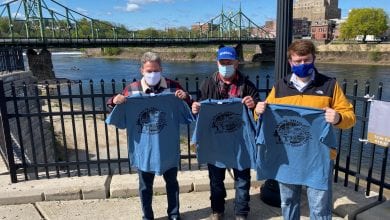