HUNTERDON COUNTY, NJ – The Hunterdon County Parks & Recreation Division’s Chief Park Naturalist, Tom Sheppard, will host a free virtual program, “The Bats of Hunterdon County,” on October 26, a slideshow with information on bats that will include updates about the effects of ‘White Nose Syndrome’ on the bat population in the county and other cool bat facts, according to Hunterdon County Commissioner Board Deputy Director Zachary T. Rich.

Commissioner Rich, the Board’s Parks and Recreation Division liaison, said, “The Parks Division has been hard at work putting together Fall programs for residents, including “The Bats of Hunterdon County.” Chief Naturalist Sheppard has prepared a cool presentation to help the bat’s lifestyle and factors that affect their habitat and population.”

White Nose Syndrome is a fungal growth on the skin and in noses of bats that prematurely wakes bats during winter normal hibernation months. Energy is needed for bats to hibernate and wake up, and without a food source in winter, bats can’t sustain themselves and starve.

Tom Sheppard’s presentation will show that while there are thousands of bat colonies in North America that have been affected by the White Nose Syndrome, “The Big Brown Bat here in Hunterdon County has shown signs of adapting to the syndrome. It takes longer to see if bats are adapting and recovering from the syndrome due to the bat’s lifespan since they do not reproduce until they are ten years old. Another issue is that while their colony is depleted, there is the possibility that another species could move in and take over their niche.”

The good news is that ‘White Nose Syndrome’ and bats have existed in Europe, Asia or Africa for a long period of time and we hope that we will see more signs of North American bats adapting. Another spot being watched are the bats in southern states, such as Florida and Texas, where bats don’t hibernate for quite as long as those in the northeast, so there is hope that the syndrome will have less of an impact.

State Naturalist MacKenzie Hall with Conserve Wildlife Foundation has been involved with bats since 2004 and has been a catalyst for bat research throughout the state. Ms. Hall studies Hunterdon County bats on County Parkland in Bethlehem Township to gauge the health of county bats colonies and her information is a valuable resource for the Parks Division when developing programs like this one.

“The Parks Division staff finds creative programs for residents of all ages and with different interests, and they are available year-round. As a dad myself, I know how hard it can be to keep kids busy during school breaks and there is always an age-appropriate program being offered by the Parks and Recreation Division,” Rich said.

“The Bats of Hunterdon County” is appropriate for ages 10 and up and will occur on October 26 from 7:00 p.m. – 8:00 p.m.. To sign up and register for the free virtual program, visit the county’s website and for more information about the program, click here. 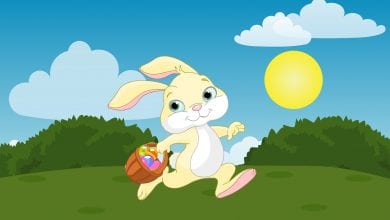